3. Introduction to your campaign dashboard

After successfully setting up the MailMerge365 plugin and sending your first campaign you can now go the Campaigns Dashboard in MailMerge365. 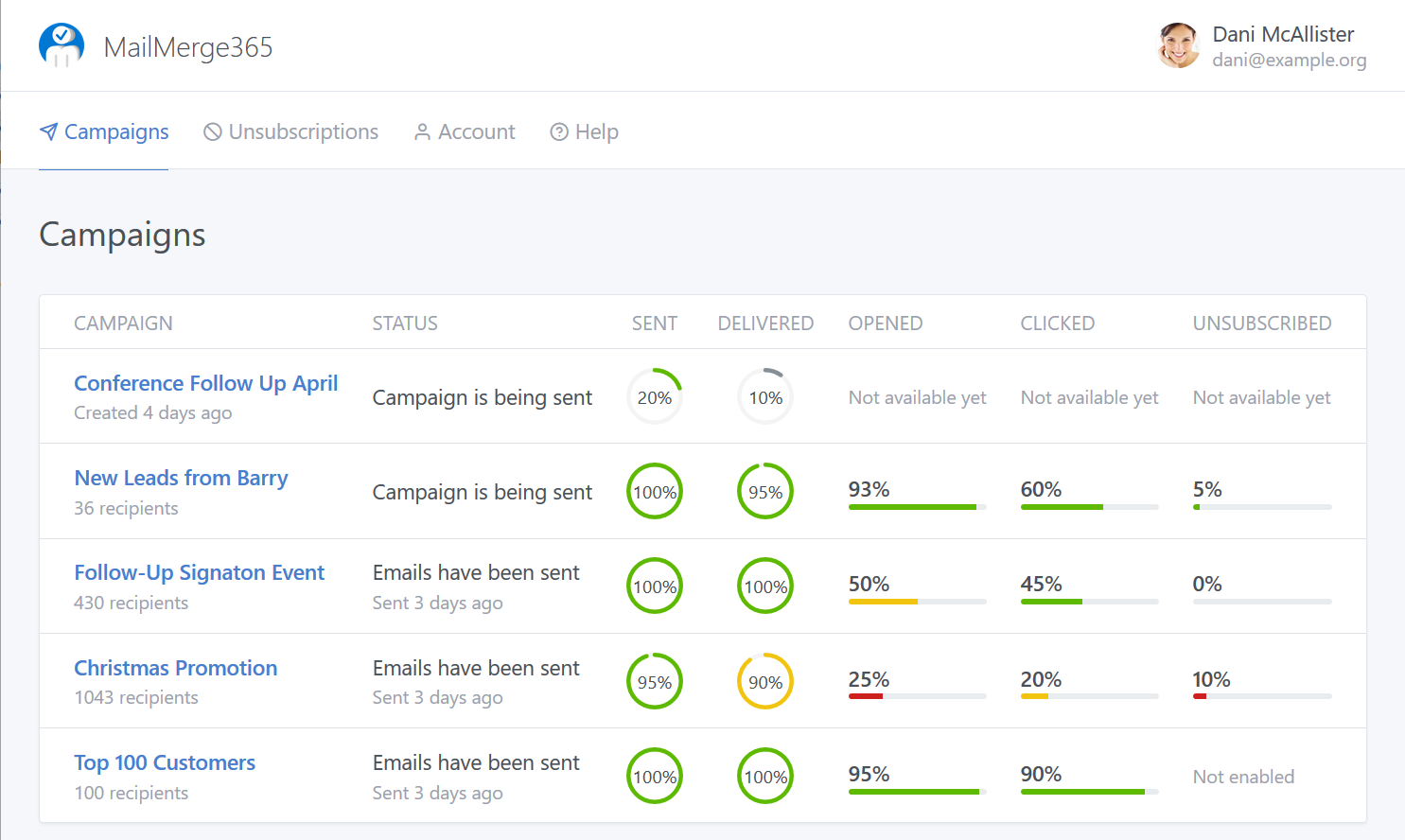 Any campaign you send will be listed here. New campaigns will be titled "New campaign" until they are sent. After that they will carry the subject of the email you sent.

Let's have a look at each column:

Click on each campaign name to open the campaign's own dashboard. 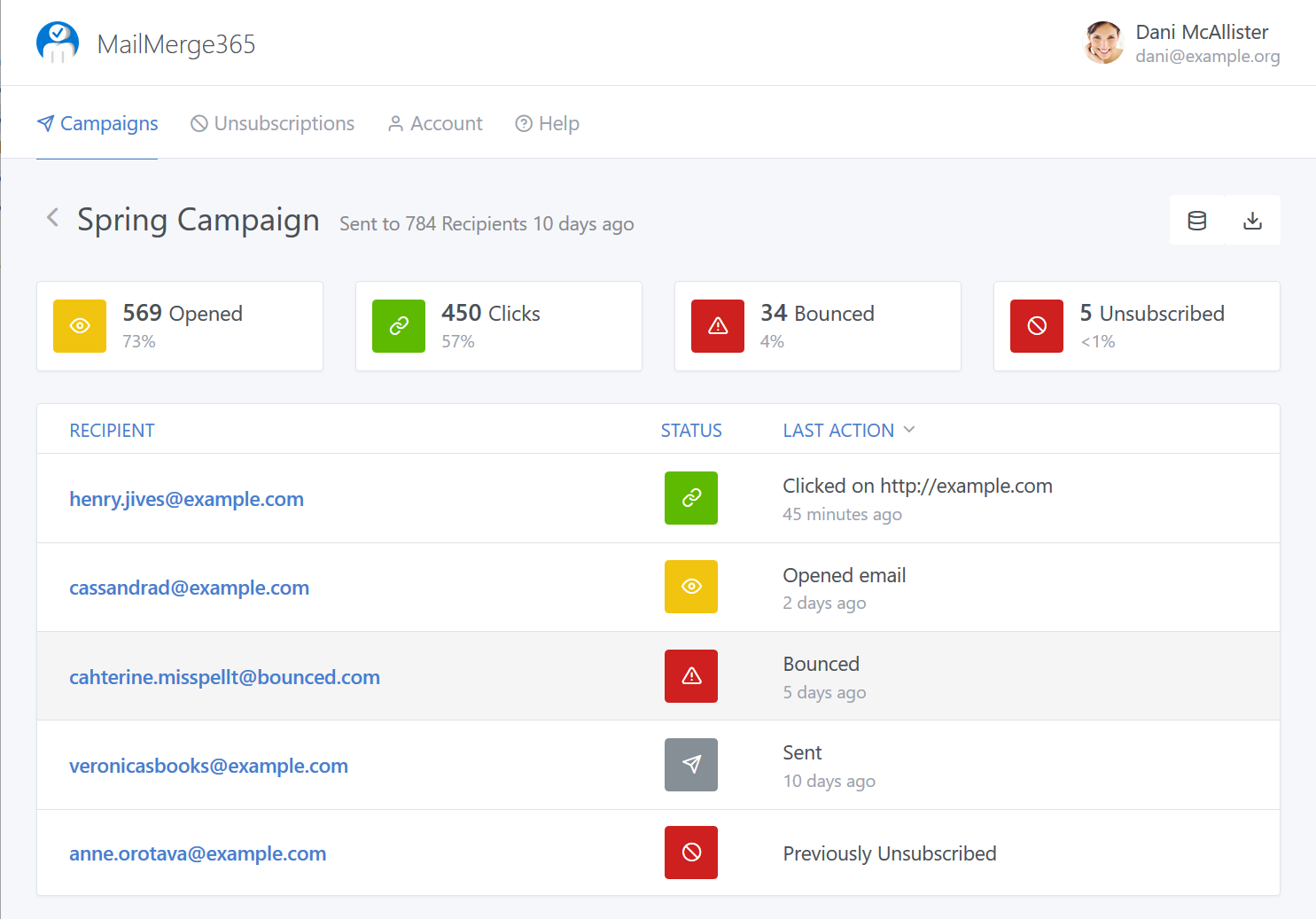 Across the top you will see numbers for your categories in each category (from left to right):

The table displays the last known action or event for each recipient in your campaign.

The possible actions and events are:

Did this answer your question? Thanks for the feedback There was a problem submitting your feedback. Please try again later.